Small Pox blankets and Trial of Tears. Indio spirits warn of Possible Disease Trafficking coming up through Mexico in UN MILITARY sponsored invasion of the US with immigrant army.

I have been very busy developing my practice of Indio Espiritual, and Indio Cordon. With the intercession of the spirit White Eagle, Indio Espiritual as well as venerating the Indio Division (headed by the Loa. Tinyo Alawe) will be a lifelong practice for me and is a cornerstone of the Vodou lineage practiced at Templo de Machete que gana todas las Batallas. Last night an Indio spirit, a Liberator, and one very close to me, Strong Turkey, confirmed some fears of mine (concerning the UN's upcoming invasion of the United states with an armed unit and immigrant army), but alerted me to a new concern.

I feel for the majority of these people, and I know that they too, are just pawns is a treacherous GEO-political game to dominate the earth, or as Zbigniew Brzezinski called it "The Grand Chessboard". I know about the CIA created and funded "Schools of America", built throughout Latin America, which lead to the training and recruiting of what is now MS-13 (formerly a Salvadorian so-called "liberation" front). I know that American military was directed through UNITED FRUIT to put down a rebellion in the country of Honduras, destroying free market and creating human slavery (Gen. Smedley Butler "War is a Racket"), I know the CIA trained, funded and propped up Pablo Escobar, turning Colombia into a criminal paradise and good person hellhole.

However I also know that there is no "bottom rung", no level, no measure by which to restrict, that evil (now presently wearing the clothes of the Left-Wing political ideology in the United States) will not stoop too, nor crawl under, to get what it wants. And if that means marching thousands upon thousands of immigrants, over hundreds and hundreds of miles, by way of lies, deceit, or threat of violence, they will do it. Strong Turkey likened it to the "Trail of Tears", 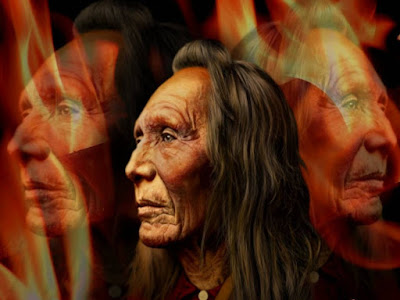 I know that heavily peppered, hidden within, in that mass of displaced, and frightened good people are criminals, middle eastern extremists, MS-13 gang members, foreign intelligence operatives, foreign mercenaries, child molesters, killers, and George Soros paid saboteurs. There is also bed bugs, a slew of respiratory diseases and other contagions ready to become epidemics in a United States where I believe we have been vaccinated with sleeper "illness" and "helper" pathogens, ready to create a perfect storm for a truly deadly pandemic. Ebola is being blamed for a horrific outbreak in the Congo. It is not Ebloa, but some weaponized derivative. Planes of been landed at international airports full of very sick people. Those stories have been dropped and scrubbed from the internet  What where they sick with? It spread all throughout the flight, so it must be rather virulent and contagious.

All this I knew and Strong Turkey confirmed.

However Strong Turkey said a few things I am very worried about. Bed Bugs and Fleas in particular He points me to research that has lead me to a chemical weapons lab run by the Pentagon, in former Soviet Union, Georgia. Patents on generically modified disease carrying biting insects have recently been cited as coming from there. Bed Bugs and Fleas bite, transfer diseases and multiple into the Trillions, very quickly. They live on people, and in clothing, blankets, furniture, etc. Bed Bugs are very difficult to get rid off. Strong Turkey warns that there will be Bed Bugs and Fleas under a similar patent infesting these people and the plan is to introduce them to the United States in such a massive amount that the explosion of their numbers will be unstoppable.

Also within this group are paid killers and MS-13, who will be injected in to the immigrant army in Mexico, closer to the US border. These sociopaths will sneak into America behind human shields, called women and children, recruit the disenfranchised and meet with contacts here to prepare violent action (ahead of he mid-term elections) and make assassination attempts on Right-wing political figures. They plan on sneaking back down through the border in all the ensuing chaos. Strong Turkey also warns that within this hoard are people carrying uranium (some unknowingly), in order to assemble bombs in the United States, for detonation before the midterm elections, to prevent them and stall the political process. 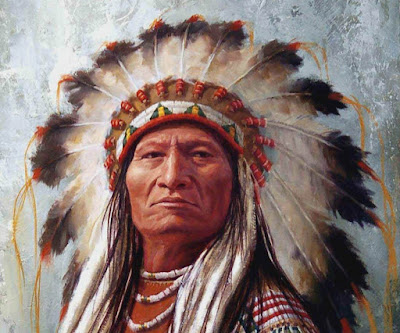 We must not let that immigrant army enter the United States. This is imperative. The UN is leading this immigration army, and is armed with soldiers and tanks. They threatened violence to the Mexican government if they did not let the immigrant army through. They are being marched north to the United States. Something needs to be done. The dangers hidden behind the veil of innocent people is abhorrent. No matter what happens, no matter what false-flag is carried out, it is ALL a ploy to prevent or sway the upcoming midterm elections. Love him or hate him, Trump is a president the Illuminati hates. There MUST be a reason for that. Whatever the Illuminati, the global pedophile network, and evil elite hate, we MUST become. They hate freedom, intelligence, strength, resiliency, courage, common sense, and empowered spirituality. We got that shit in spades. Lets fucking use it. Be careful and be ready. Do not be fooled. Keep in contact.

Call your congressmen and congresswomen in DC and tell them we need to stop the efforts to bring in this immigrant army into the United States. Ask that we send aid, and humanitarian relief, but that these people (who are being used as a Trojan horse) are not permitted to enter this country. "These people are infested with evil and they must go through months of purification before they may safely pass", says Strong Turkey. We must uphold the rule of law, and protect our nation. If the United States falls, so does the rest of the world. We are the lynch-pin, the Illuminati knows it and now you know it.

"The Machete leads the way and defends ALL who follow"
Posted by Papa Machete que gana todas las Batallas at 11:48 AM

Want to help? Want to get involved? Want to benefit?

Help donate to public rituals, AND benefit from them too! Ready to REALLY get involved? Consider joining our temple.